Turning a Negative into a Positive

EACDT Turns the Threat Posed by Covid-19 Into an Opportunity

Turning a Negative into a Positive

When EACDT began its work in Nairobi’s slums in 2014, the intention was to improve the life chances of disadvantaged young Kenyans through a programme of character education, delivered in schools through the medium of sport. Since then, we have worked with more than ten thousand of the world’s poorest children and, through them, have been able to have a positive effect on the lives of their families and their communities. Central to the programme’s success have been the close working relationships we have forged with schools in the most deprived areas and their inspirational teachers who have welcomed our coaches as valued colleagues.

If the closure of schools in the developed world has been perceived as a threat to pupils’ mental health and long-term development, in the slums of Nairobi school closures proved catastrophic – a threat to life itself. 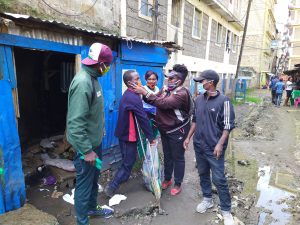 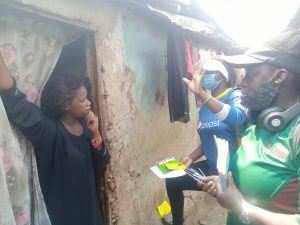 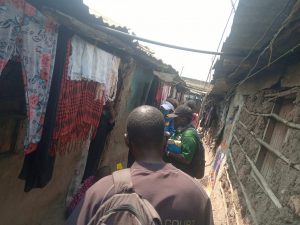 For those unfamiliar with the area, it must be hard to imagine the importance of the schools situated in the heart of these extremely poor communities. They play a central and critical role in the daily lives of their pupils. They can make the difference between life and death. As well as being places to learn, they provide a sanctuary from the harsh realities of life beyond their walls: crime involving the coercion of children, an illicit drugs culture, sexual exploitation and promiscuity often leading to unwanted teenage pregnancies and the stigma that follows. The schools in which we work often provide the children with their only meal of the day. And with no local equivalent of Marcus Rashford to shame the Government into providing an alternative source of food, hunger and malnutrition lurk close by.

When the Government of Kenya was forced to impose a partial lockdown of its largest cities, in response to the spread of Covid-19, it was the casual labourers who largely inhabit the urban areas in which we work, who were hardest hit. Those who previously had least now had even less. And we soon started to hear from our own coaches, many of whom live in those communities and all of whom originated from those communities that, without schools for the children and sources of income for the families, life in the slums had become unbearable. 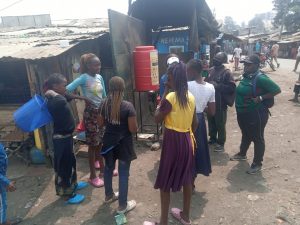 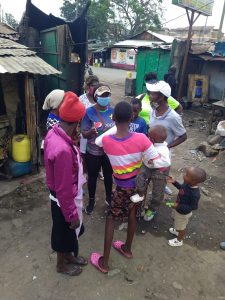 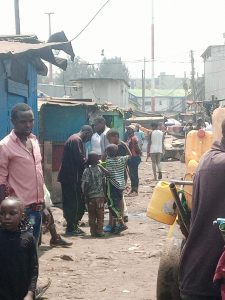 EACDT’s reaction to the changed situation was largely driven by our coaches who, from their own limited resources, began to feed some of the most vulnerable. This initiative grew and an appeal was made to EACDT’s supporters who generously provided sufficient funds to enable us to feed more than three hundred families for three months. 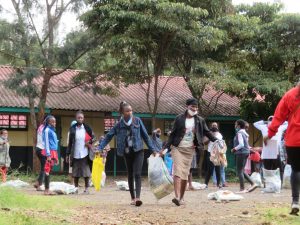 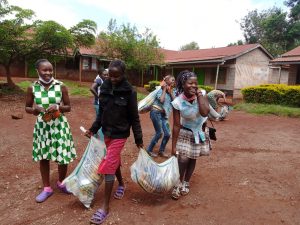 Having done what we could to tackle the physical effects of the pandemic, we turned our attention to some of its psychological consequences. EACDT developed an action plan designed to protect the children in our programme from the more unsavoury social practices described earlier. This led us to start the “Community Based Character Development Programme” (CBCDP) which replicates the EACDT programme directly in the communities, rather than through the schools. 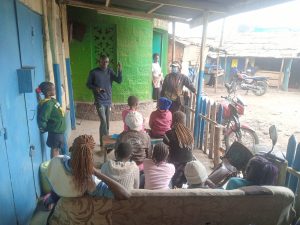 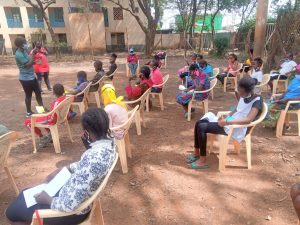 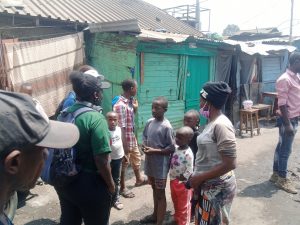 We developed a curriculum to guide our coaches in their delivery of “Character in the Community”, a peer-to-peer character education programme. Some of those who were initially in our schools-based programme are empowered to teach others in their communities, with guidance from our coaches. Thus, we have extended our reach to engage with the wider community, many of whom had never heard of EACDT but who have subsequently come to embrace its ethos. It is early days but more than three hundred young people have already benefited from CBCDP. 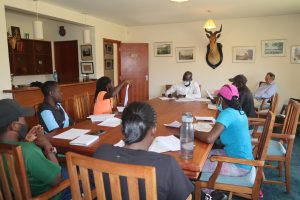 Children have written poems and songs and have performed celebratory dances. And we have learned from parents the positive influence CBCDP has had on their children and their communities. 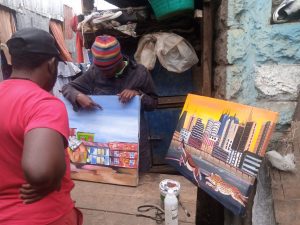 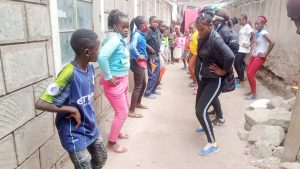 Many have commented that were it not for EACDT, their children would have become victims of the social evils that have become even more prevalent during the pandemic.

An internal review of CBCDP in December 2020 reported that more than five hundred students had participated in a peer-to-peer youth mentoring programme. The participants scored especially well in gratitude, optimism, curiosity, enthusiasm and perseverance. The programme was found to have enhanced their skills in stress management, decision making, sharing ideas, the ability to follow instructions and compliance with rules. It was also noted that participants had learned a great deal about care for the environment and community facilities.

Young people have been given knowledge and skills to help them avoid the traps that surround them. In the first four months of the CBCDP, twelve pregnant teenagers joined the programme. Some of our coaches formed support groups to encourage the girls to share their experiences and to encourage one another. Some have even managed to overcome the stigma associated with teenage pregnancy and have themselves became peer educators.

The CBCDP has allowed us to introduce EACDT’s character education programme into the heart of the communities we serve. As a result, parents, chiefs, village elders and other community leaders can experience its benefits for themselves. It has been so well received that requests for enrolment continue to grow.

We have been able to demonstrate how the eight EACDT character traits have direct relevance to the community in its battle with Covid-19, especially during the lockdown. Combined with the provision of hand-washing facilities and the distribution of food to more than three thousand in the communities, our programmes have helped turn a negative situation into a positive one.