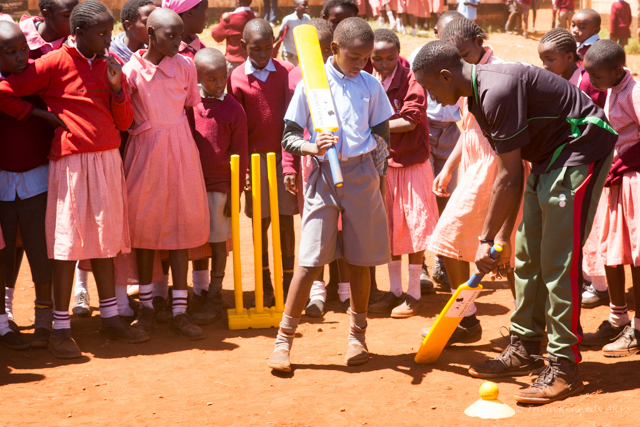 Here is a summary of the progress we had made in Kenya, up to the end of November 2014:

• The Kenya ‘arm’ of EACDT: The Foundation for Youth Cricket and Education in Kenya Charitable Trust (FYCEK) registered and Trust Deed issued, with Julian Ince, Derek Breed, Naval Sood and Mike Rogan as its Trustees.

• 12 Coaches and one Administrative Assistant had signed contracts and are working full-time. 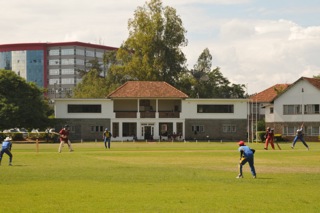 • 17 schools engaged in the programme, including Kibero Primary and Kibero Secondary which will begin active involvement in January. Together with Kawangware Primary, they will constitute the Braeburn cluster of schools.

• MOUs signed by the Heads of 15 of the 17 schools in the programme.

• Written support for the programme received from Jackie Janmohamed, Chairman of Cricket Kenya, the national governing body. Cricket Kenya lent us some training equipment, invited our coaches to attend a 2-day coaching workshop and have invited us to send coaches to a level 2 course conducted through Africa Cricket Association and Cricket Kenya.

• Training and cricket match equipment and storage cabinets supplied to the first 15 schools involved in the programme.

• Concrete wickets installed at Nairobi School and Starehe Boys Centre and imported wicket matting ready for installation before the start of the January term. 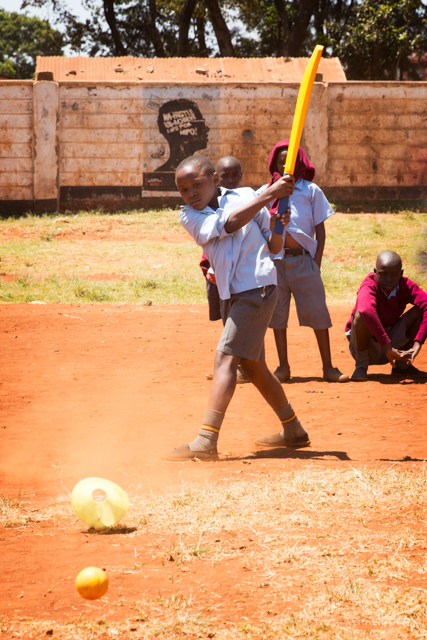 • The daily schools’ programme began in earnest in September during the course of which over 3000 girls and boys were involved on a weekly basis. The overwhelming majority of these children have never played, or even seen, cricket being played before. They come from very underprivileged backgrounds and many are either orphans, from one parent families or child-headed families.

• Meetings with all the Heads and teachers at the end of term resulted in very positive feedback from all but one school, Dagoreti High, where the issues were not of EACDT’s making and the school is very keen to resolve them next term. Our Programme Director, David Waters, was invited to address the whole school before they started their exams to outline what we will be doing.

• The first holiday ‘cricket camp’ was run successfully at Nairobi Club during the August school holiday with up to 80 girls and boys in attendance on a daily basis. The November/December holiday ‘camp’ programme is ongoing at all 4 hubs: Braeburn School, Lenana School (formerly Duke of York’s), Nairobi School (formerly Prince of Wales) and Starehe Boys’ Centre.

• 6 minute documentary produced, free of charge by professional film maker Khamis Ramadin, on the programme and posted on the EACDT website homepage.

• Outstanding 3-day training seminar at Nairobi Club for the coaches, presented by our Development Director, Nick Gandon, followed by presentation cocktail party for Heads, teachers, coaches, supporters and potential supporters. This gathering was addressed by Professor Mike Boit of Jomo Kenyatta University, an Olympic medallist and confirmed supporter of EACDT.

• St Edward’s School in Oxford collected a large consignment of donated gear, clothing, shoes which was delivered along with other donated equipment, free of charge through the kind offices of Terry Childs and Braeburn School’s freighting arrangements.

EACDT has hit the ground running. Many challenges have been encountered and more will be met and overcome but initial signs are very encouraging. We are fortunate to have a dedicated and talented team of coaches.