The dust has finally settled on the 2019 Last Man Stands Rhino Cup held in the stunning location of the Ol Pejeta wildlife sanctuary.

This is a truly unique event attracting players and teams from Australia, Mauritius, South Africa, England, and of course Kenya, all drawn by the prospect of playing literally on the equator amongst the wildlife all in the shadow of the snow covered Mount Kenya. 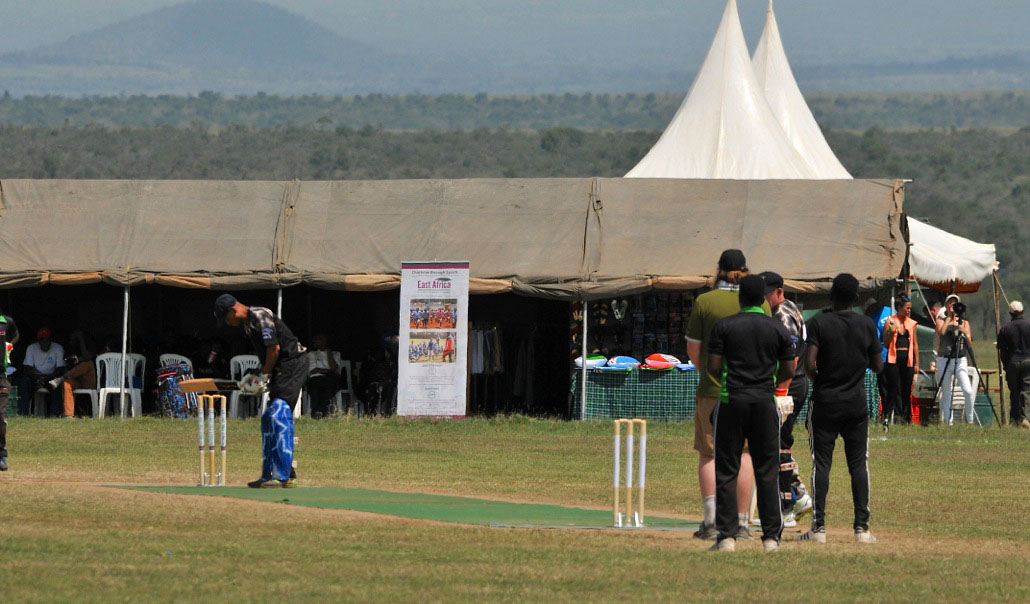 Two pitches laid in the open bush, tents for shade, a bar and a catering tent and the not too distant company of curious elephant, giraffe, buffalo, rhino and even lion make for a very special atmosphere.

At one point during a match between Kenya Kongonis CC and a British Army team 3 giraffe, a herd of elephant, a herd of buffalo and one lion could all be seen less than a kilometre behind the cricket against the breathtaking backdrop of the cloud covered mountain.

Moments like this are inspiration enough, but all those who travel so far to play are drawn by a genuine desire to support The East Africa Character Development Trust [EACDT] and the Foundation for Youth Cricket and Education in Kenya [FYCEK] as well as rhino conservation at Ol Pejeta. 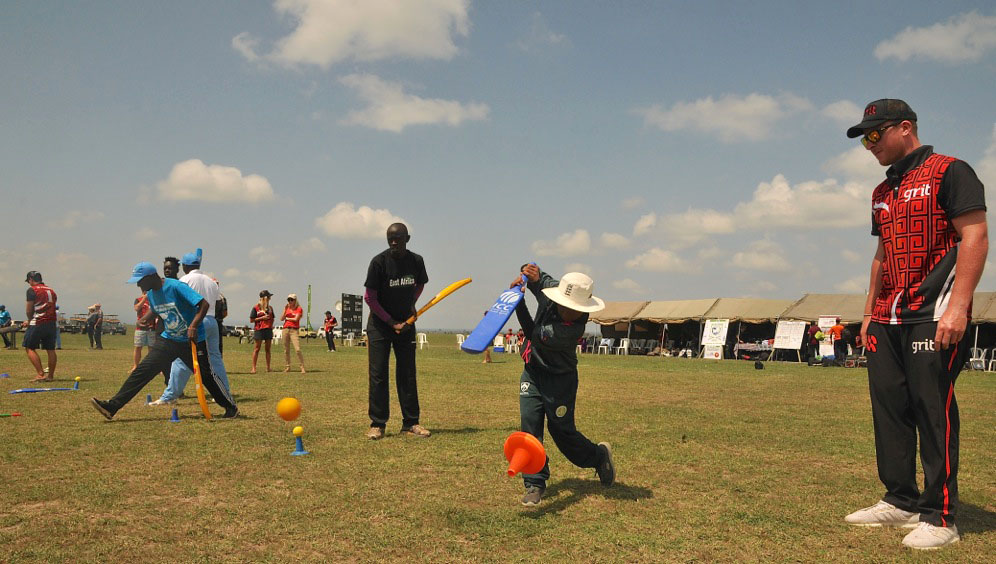 FYCEK-EACDT entered two teams. One comprising eight of our coaches/educators and the other selected from pupils representing some of the 17 schools in our Character Through Sport program.

And what an amazing experience these pupils had.

Many of the squad of 10 boys and girls had never been outside Nairobi before and had never seen an elephant, lion or rhino in the wild before…

One of the visiting teams; GRIT from Mauritius deserve special mention.

The whole GRIT party flew into Kenya on a charter flight on Thursday morning and were driven straight from the airport to one of the schools in our programme, Kawangware Primary School where they spent the morning getting involved in the FYCEK training before taking an afternoon flight up to Ol Pejeta.  These guys have some stamina! 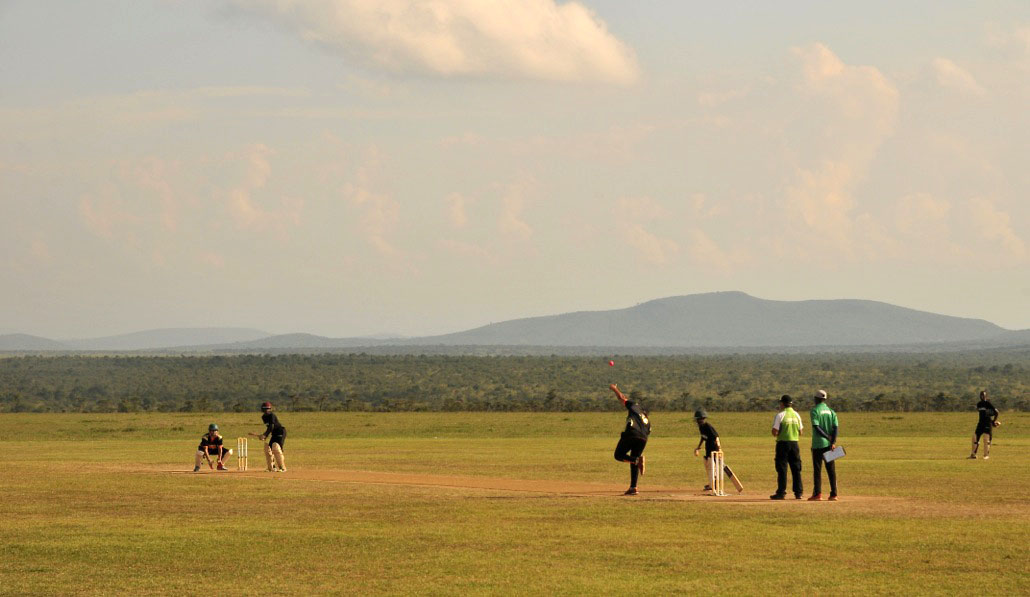 Remarkable GRIT stories do not end there… Essex county cricketer Simon Harmer arrived with the party on Thursday morning, played in the tournament on Friday and Saturday, flew out of Ol Pejeta just after lunch and then back to UK on Saturday afternoon, landing at 06.20 on Sunday. He drove straight to the ground for the Essex county game against Hampshire. and took 5 for 23 in the first innings!! Then he took 7 for 38 in the 2nd innings as Hants were dismissed for 88…perhaps all county players should come to Kenya for 2 nights and play in the LMS Rhino Cup before playing their next country match!!!!

Our EACDT-FYCEK pupils team were drawn in the same group as GRIT so had the amazing experience of playing against Simon Harmer! The attached team picture shows the two teams after the game.

Apart from the tournament games coaching sessions were run by EACDT-FYCEK coaches during the 2nd morning for children of the spectators and the Ol Pejeta staff…Simon helped out with the coaching together with a couple of the other players from his GRIT team  and the Grease Lightning team from South Africa. 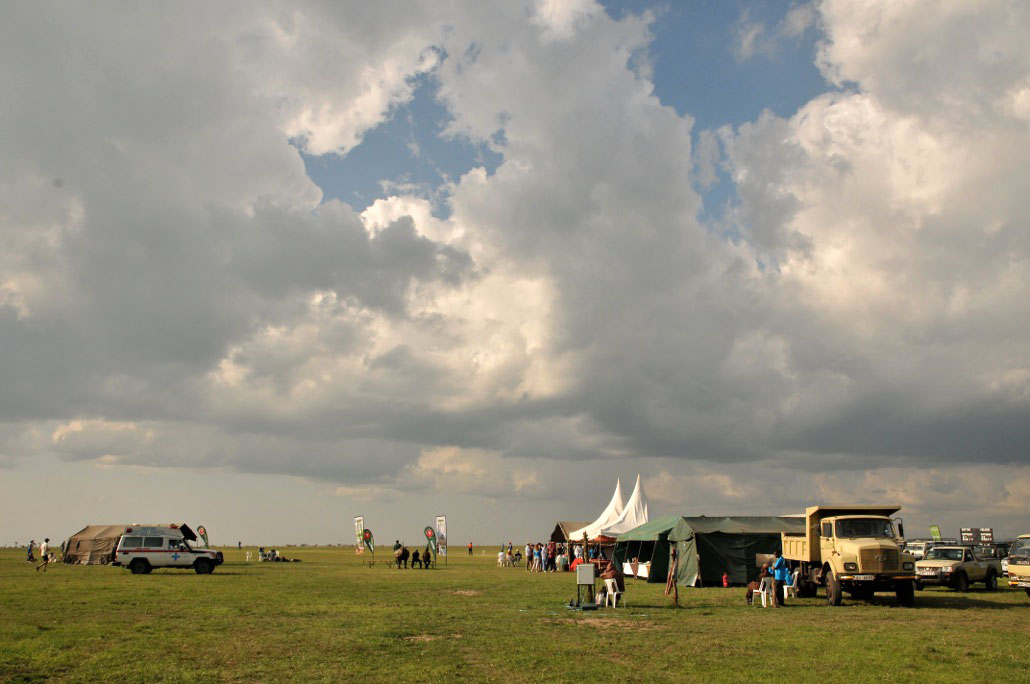 For all of us, players, pupils, coaches, spectators and even those of us fortunate enough to have travelled in the wild before it was a privilege to have been part of what is a unique event in world cricket.

It appears that there will be several more teams from overseas next year with the organiser; Rob Stevenson, announcing that a third pitch will be added for the LMS Rhino Cup 2020.

EACDT-FYCEK receive half of the funds raised from the tournament and HUGE overseas publicity.

We are HUGELY grateful to Rob Stevenson, Natham Dale and their team, all the participants, sponsors and spectators for helping to make this event a success and for the funds that EACDT-FYCEK receive. 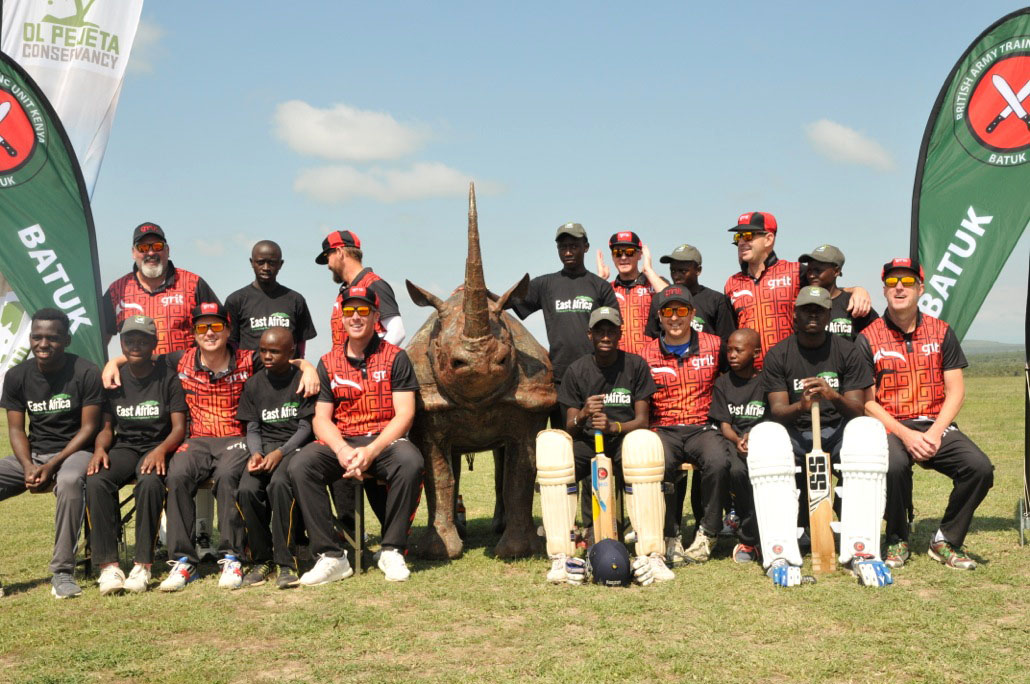